Students from Farming Backgrounds Most Likely to Progress

The report shows that 85% of full time undergraduate new entrants in 2013/14 progressed to their second year of study in 2014/15.  This compares favourably to international rates and shows that the proportion progressing has increased slightly over the last few years (from 84% in 2010/11 to 85% in 2014/15). This is testament to the resilience of a sector which has accommodated rising student-numbers while staff numbers and budgets have been cut substantially.  However, while almost 34,000 students do make the transition from first to second year, the fact remains that over 6,200 students did not progress.

Progression rates varied across sectors ranging from 74% and 73% at levels 6 and 7 respectively compared to 89%, 84% and 94% at level 8 in universities, institutes of technology and colleges respectively.

The study also found that, among socio-economic groups, the lowest rate of non-progression was among those from farming family backgrounds at 9%. As was the case in previous reports, females are more likely than males to progress for most National Framework of Qualification levels and across all sectors.

Below average progression rates are observed in the fields of Construction and Related, Services, Computer Science and Engineering. While Services and Computer Science have the lowest rates of progression at level 8, there is much variation between sectors (universities and institutes of technology) as well as between institutions within sectors. Improvements have been seen inComputer Science since last year’s analysis across all sectors at level 8, with progression rates increasing from 80% to 84% with a more pronounced increase noted in the institutes of technology (from 74% to 80%) than the universities (from 85% to 88%). Medicine has the lowest non-progression rate at 3%.

He pointed out that

“Additional funding allocated to retention initiatives such as maths enabling courses, peer mentoring and additional tutorials for computer science students in their first year of study are having a positive impact and contributing to such improvements”

The report confirms that there is a significant relationship between prior educational attainment (based on CAO points) and progression rates.  While the overall progression rate is 85%, this rises to 93% for students who obtained between 555 and 600 points. Further analysis has shown that although students attending institutes of technology are less likely to progress, compared to university students – once prior educational attainment is factored in, the difference diminishes substantially.

“While the figures are stable over time and comparable with competitor countries, lower progression rates in key skill shortage disciplines such as construction, computer science and engineering, where mathematics content is high, remains a source of concern.” 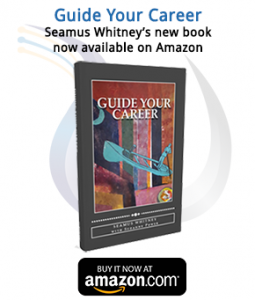